Are you a Titus? Or do you need one?

This is the story of two women God brought together more than two decades ago, forging a faith-filled friendship which has seen them through incredibly scary diagnoses. 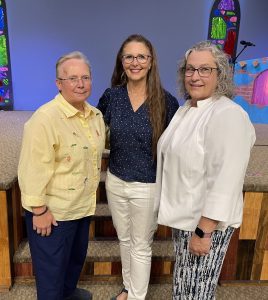 Chris’s ordeal began in July 1999 when at the age of 36 she suffered a grand mal seizure while sleeping.

“My husband thought I fell out of bed,” she recalls. “He was trying to get me up, but when he rolled me over I was turning blue.”

Hospital tests revealed a golf ball–sized tumor in the right front area of her brain. Chris remembers nothing of those events until she awoke from surgery and received the shocking diagnosis of anaplastic astrocytoma, which is not usually considered curable.

“I never knew what the odds were regarding survival,” says Chris. “No one ever told me that I only had a certain length of time left. If they had, I think I would have panicked.”

While still finishing radiation and chemo, Chris was befriended by a young mom named Jutta (YOU-tuh), who was leading the women’s Bible study Chris had joined.

“I had so many questions about God and all kinds of spiritual things ,” recalls Chris, who, along with her husband and 2-year-old son had recently begun attending Jutta’s church. “I always thought they were stupid so I didn’t bring them up [before], but Jutta didn’t seem to mind explaining things to me. And she would always give me a hug when I got there and when I left.”

A friendship was easily forged between the two, and Chris’s love for God grew alongside her love for Jutta. On the one-year anniversary of her brain surgery, Chris was baptized in a swimming pool with Jutta cheering her on. 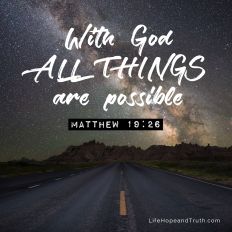 Then in July 2003, at the age of 38, Jutta also awoke from surgery to discover she had cancer.

Doctors initially thought her jaundice was due to a drug reaction, but instead discovered a malignant tumor in her pancreas. Up until that time, Jutta, a wife and mother of children ages 6 and 10, had never even considered the possibility that she might be seriously ill.

But the harsh reality was that she had one of the deadliest kinds of cancer and it already had spread to the lymph nodes.

“The day after surgery, the oncologist came up to my room and said, ‘You better get your act together. You have cancer and you’ve only got two years,’” Jutta recalls.

Hearing that she had such a difficult-to-treat cancer was shocking, but even worse, Jutta says, “was the way I was told.”

“It took me at least a month to get over that,” she adds. Eventually she decided the doctor’s prediction was only that—a prediction—and she would not live believing it had to come true. 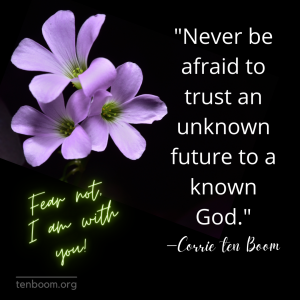 “I always prayed that God would use me no matter what, but if I’d have known it would result in this, I wouldn’t have prayed that way,” she adds with a laugh.

Jutta, who still speaks with a rich German accent, believes setting goals is important for survivors.

“Even if my cancer would have been stage 4, I would still have gone for my goals,” she says. “One of my goals is that I want to be an encouragement to other people.”

“You don’t stop living just because you hear that word cancer–that’s the worst thing you can do,” Jutta says.

Recently at a Cancer Prayer Support Group concert we all reconnected–three mothers diagnosed in our 30s, with the survival odds stacked against us.

It was a powerful reminder for us–and I hope for you–that statistics and predictions are no match for our God.

I am the Lord, the God of all the peoples of the world. Is anything too hard for me?
Jeremiah 32:27

Please enjoy the music video “God of the Impossible” by Lincoln Brewster.