What are your plans?

My husband’s Cousin Marge, born a premie in 1919, came with a doctor’s warning to her parents: “Don’t get too attached because she’s not going to survive.” 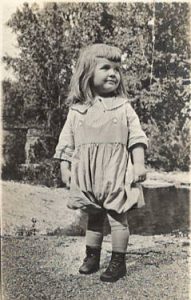 For years Marge loved to tell that story, including the detail of spending her first few months sleeping in a shoebox. That precarious beginning seemed to set the stage for nearly nine decades of perseverance and at times downright feistiness.

When Marge graduated from high school in 1937, she ignored her father’s advice that “girls don’t need to go to college” and enrolled at Slippery Rock State College (which she lovingly called “Slimy Pebble”). In ’41 she became the first person in her family to earn a college degree–hers was in Physical Education, which led to a job with a YWCA and a long career with the Girl Scouts.

Always ready for an adventure–planned or not–about 2 AM on the night of her 65th birthday, Marge was jolted awake by blaring fire alarms. The blaze destroyed the Gettysburg Hotel connected to her third-floor apartment, but for Marge, the middle-of-the-night scramble down the metal fire escape was confirmation of her favorite phrase: “Everything has a story.” 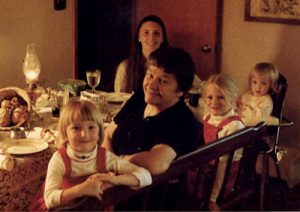 Marge was a consummate volunteer–delivering Meals on Wheels, feeding nursing home residents, working with a center for peace and justice, helping out at Toys for Tots, and doing just about everything except preach at her local church.

When our girls were born, Marge treated them like grandchildren (instead of 4th cousins!) and always orchestrated special outings and fun traditions because she believed “it’s important to make memories.”

In her later years before she passed away at the age of 88, we had the privilege of caring for Marge after dementia robbed her of most of those wonderful memories. We took care of her activities of daily living and/or hired others to assist in the apartment where we relocated her very close to us.

After I had been handling her finances for a couple of years, Marge confessed to me one day: “I don’t remember writing any checks to pay my bills and I don’t know if I have any money.”

“All your bills are paid and you even have money left,” I assured her as I pulled out her checkbook from my purse.

Marge took one look at the balance of a few hundred dollars and exclaimed with a huge grin: “Well, I’m filthy wealthy!”

We had a good laugh and whenever she mentioned money again, I reminded her that she was “filthy wealthy.”

I’ve often pondered Marge’s contentment in life and have decided that Marge, indeed, was filthy wealthy.

I have concluded that I also am filthy wealthy.

And if you know Jesus, I believe, you are, too.

The Apostle Paul in Ephesians 3:8 declared it was his privilege to share:

“the good news about the immeasurable riches of Christ.“

In Him we find peace, patience, provision, promises, power, purpose and so much more.

Plain and simple…His riches are more than enough for whatever we face.

And this same God who takes care of me will supply all your needs from his glorious riches,
which have been given to us in Christ Jesus. Philippians 4:19

So the next time you find yourself lacking–strength, money, love, hope, or you name it–remind yourself as I did my Cousin Marge: In Christ you are “filthy wealthy.” 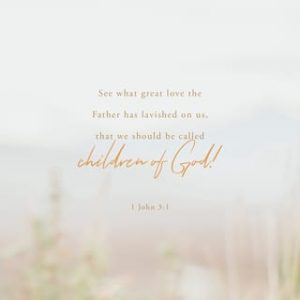