Does Following Jesus Make Everything OK?

Are you an “agent of blessing?”

In my nearly two decades as a cancer patient advocate for Dr. Marc Hirsh, I met (and liked) 3,000+ newly diagnosed patients.

This is a story about the only one I didn’t like and the miracle God did in both our hearts.

That patient was told he always would be under cancer’s shadow. He was told there was no hope of a cure.

What he wasn’t told was that God had other plans.

Image by Axel Mellin from Pixabay

I met “Frank” in January 1997, however  I knew of him already because his wife was our patient and often confided how little support she felt from him on her cancer journey. Her sorrowful stories shaded my opinion before I ever laid eyes on her husband

I still can picture him in our waiting room–the unkempt hair and the long, dirty fingernails. His wife was trying to help with his  new patient paperwork and he wasn’t cooperating.

I am embarrassed to say this, but I decided right then and there I didn’t like him. I will be cordial, but nothing more, I told myself.

Later that day I discussed Frank’s diagnosis/prognosis with Marc and added, “Did you see the tattoo of the naked lady on his arm?”

“No,” Marc replied. “I was too busy looking at the swastika on his other arm.”

He laughed. As a Jew the symbol was offensive to him, but he wouldn’t allow it to alter the way he treated Frank.

“He probably got it a long time ago and wishes he didn’t,” Marc added.

The next day I dutifully sent Frank a note, slightly exaggerating that it was “nice” to meet him.

A few months later Frank’s wife passed away, and I wondered why he got to live and she didn’t.

It wasn’t long before I got my answer.

In the spring of 1998, Marc told me he was admitting Frank to the hospital because of an accidental chemotherapy overdose. I was very distraught to hear this—not so much for Frank as for Marc, because I knew he was extremely upset. Frank took an oral chemo at home and through a series of errors by him, the pharmacy, and our office, he took a lethal dose. 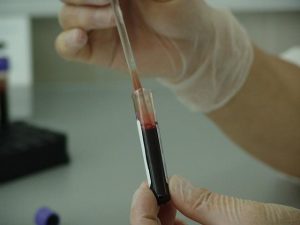 Image by PublicDomainPictures from Pixabay

“He’s going to die,” he answered matter-of-factly. “I’m putting him in the hospital, but there’s nothing I can do to stop this.”

Frank’s white blood cell count, which should have been between 4,000 and 10,000, had plummeted to 300. Marc read all the medical literature, which predicted it would take two weeks for the count to bottom out. No way Frank could survive that long with no white cells to protect him from infection.

“Well, I’m praying that he won’t die,” I firmly told Marc. (I think I was praying more for Marc than Frank.)

A couple of days later I (finally) went to the hospital to visit this destined-to-die man. Frank spoke  warmly of his late wife and I had to admit he seemed pretty likable in spite of my jaded opinion of him.

At the visit’s end, I asked him if he would like me to pray with him.

So I did, but contrary to the hundreds of times I’d prayed with patients, I did not offer to hold his hand .

Right after that first visit, Frank’s white count started climbing–up to 1,200—still not good, but a whole lot better.

I kept visiting, his count kept rising, and our conversations kept going deeper.

“Are you afraid of dying?” I queried one day.

“Nope,” he replied. “Everybody has to go sometime.”

“What do you think happens to people when they die?” I ventured a little further.

“You either go up or you go down,” he quickly answered. 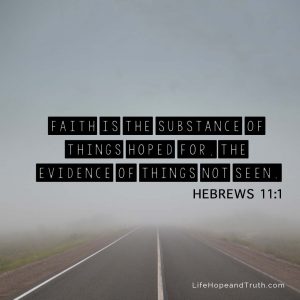 But Frank didn’t know which way he was headed, so I shared John 3:36: “Anyone who believes in God’s Son has eternal life. Anyone who doesn’t obey the Son will never experience eternal life.”

I asked Frank if he wanted to follow Jesus and have that assurance of Heaven. He agreed,  so I took his hand in mine– long, dirty fingernails, offensive tattoo and all—and we prayed.

At my next visit, Frank talked freely about many subjects, including his tattoos, which he said he got many years ago and deeply regretted. (I hate it when Marc is right!)

At the end of our time I asked him if he wanted to pray and he immediately held his hand out to me. He asked me to pray for him to quit smoking and to grow closer to God. We held hands long after the “Amen” and I savored the moment as God filled my heart with more love for Him and for Frank.

A couple of days later Frank’s white count was high enough to leave the hospital. At his first office recheck, he arrived clean shaven, fingernails trimmed, and with a hug and kiss on the cheek for me.

One of the last times I saw Frank was in the spring of 1999 before he moved out West to be near family.  Still in complete remission from his cancer, we talked about the amazing way God had saved him physically and spiritually.

There were tears in Frank’s eyes because knew he had done nothing to “deserve” a miracle. But there were more tears in my eyes because I knew it was only by God’s loving grace that I got to witness His awesome power in the life of the one cancer patient I didn’t want to like.