Hope is the Thing with Feathers

Can You be Weary and Grateful at the Same Time?

“She stood in the storm and when the wind did not blow her way—and surely it has not—she adjusted her sails.” –Elizabeth Edwards

I think it was quite an understatement when Elizabeth Edwards, wife of then-U.S. Senator and former Democratic presidential candidate, John Edwards asserted that the wind had not blown her way. 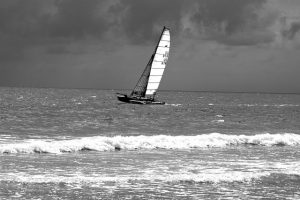 Elizabeth’s firstborn was killed in a car accident at the age of 17. Later while she was fighting recurrent breast cancer, her husband had an affair resulting in an out-of-wedlock child. After six years of a very public battle with cancer, Elizabeth passed away in 2010 at the age of 61.

Definitely not the way anyone would choose the wind to blow.

My friend Jen has been learning to “adjust her sails” since a frightening storm crashed into her happy life July 23, 2012.

That’s the day the 32-year-old wife and mother of a 2 ½ -year-old was told she had stage 4 ovarian cancer and wouldn’t live past Christmas. 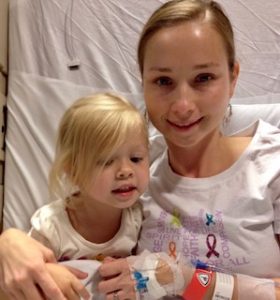 “Our lives were shaken with fear and disbelief over the crazy thought of dying,” Jen recalls.

Three weeks later she saw an oncologist who informed the young couple her diagnosis was not ovarian cancer, but GIST (Gastrointestinal Stromal Tumor), a rare tumor of the digestive tract.  At first Jen and husband Ryan were relieved, but quickly “were crushed” to find out there was no cure for GIST.

“I was told then that I would need to be on chemo for the rest of my life and would probably face upwards of ten surgeries during my lifetime,” Jen remembers.

“Never in a million years did I think this would be my journey,” says Jen, who now has been on targeted oral therapy for more than eight years and faced multiple recurrences, including one this March which necessitated a week-long hospital stay with no family allowed to visit.

“I’m not in denial over my health, but choose not to dwell on having an ‘incurable’ disease,” Jen explains.  ” I definitely think of living with cancer in light of eternity knowing that all of our time is limited on this earth.

“In a way the ‘cure’ is in what God gives me every day to make it through, and not in a textbook ‘cure’ of cancer being gone. I guess that’s the way I look at it,” she says. “I’m still exercising daily, running Addison (now 11) to dance, and doing all the normal things.” 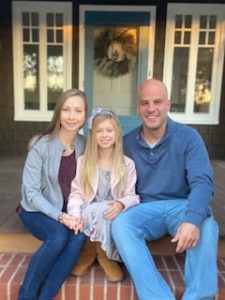 “Living with cancer keeps me so close to God,” Jen adds. “I know that might sound terrible, but I’ve never been so close to God before in all my life and perhaps it’s because I now trust Him with everything.

“I have peace just knowing that God can heal me completely if and when He wants to,” she continues. “But it’s His plan and not mine … I choose to walk in God’s peace today.”

Choose to walk in God’s peace.

Would you dare to make that choice today? Will you ask God to show you how to adjust your sails to better face your unique storm? And will you trust that He will supernaturally empower you to adapt in ways that perhaps you never dreamed were possible? 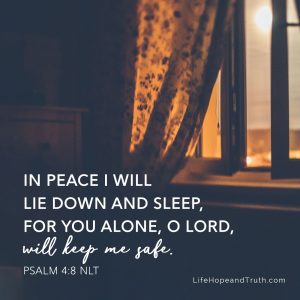 Jen has found peace in midst of a terrible storm—unimaginable peace considering her circumstances. And He wants to do the same for you—though it may not come as a one-time answer to a single prayer.

“I have to pray and put my life and Addison’s life and Ryan’s life in His hands every day,” explains Jen. “I’ve learned how to wait in the middle of the storm and to totally rely on Him in every area of my life.”

(Based on an excerpt from Peace in the Face of Cancer copyright by Lynn Eib 2017.)