Do You Need to Hear from God?

Even a Superhero Can Get Cancer

We already knew that cancer is no respecter of people: young/old, rich/poor, athlete/couch potato, doesn’t matter. It can strike whenever and wherever. And a few days ago we learned that even a superhero can get cancer…and die. 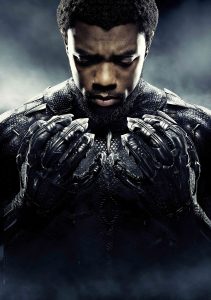 Award-winning film actor Chadwick Boseman starred in 42 as Jackie Robinson, the first Black Major League Baseball player, and in Marshall as Thurgood Marshall, the first Black Supreme Court justice. But it was his role in Black Panther as Marvel’s first Black superhero that really catapulted him to global stardom.

And now just two years after the film’s release, its lead actor is gone.

It could have been me.

That’s the first thought I had when I read about Boseman last week. Diagnosed  in 2016 with stage 3 colon cancer at the age of 39. Now dead at 43. 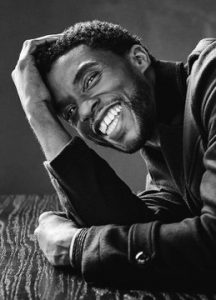 Is there something I did to “beat” cancer that Boseman failed to do? I doubt it. The very private actor never publicly discussed his diagnosis and reportedly continued to work on several films while undergoing treatments and multiple surgeries. It’s difficult to imagine that someone with his money and connectedness didn’t have excellent care. So why did a superhero not “conquer” cancer, but I did?

I have no idea.

I honestly refuse to give credit for my cure to anything I did or didn’t do. I complied with what the doctors advised (well, most of it), but I felt so nauseated that I ate whatever tasted good rather than what had the best nutritional value. During my treatment months, a short walk was all the exercise I could muster because I was so weak and had too many problems with an allergic reaction to a drug.

I truly don’t know for sure why I survived.  I feel very uncomfortable suggesting that I did something right to survive cancer because that would mean that my dear friends (and people like Chadwick Boseman) must have done something wrong.

I realize God has used me to touch the lives of hundreds of thousands of cancer patients and their families–in person, through speaking engagements and via my books. But I know many people who were serving God mightily when they passed away and I have no reason to doubt would have continued had they lived.

As to why I’m still here and they’re not…I have no adequate explanation. But I do look to Scripture for my hope.

While we live in these earthly bodies, we groan and sigh,
but it’s not that we want to die and get rid of these bodies that clothe us.
Rather, we want to put on our new bodies so that these dying bodies will be swallowed up by life.
God himself has prepared us for this, and as a guarantee he has given us his Holy Spirit.

So we are always confident, even though we know that as long as we live in these bodies
we are not at home with the Lord. For we live by believing and not by seeing. 2 Corinthians 5:4-7

When life doesn’t make sense–whether because of cancer or some other trial–we can find peace because “The path we walk is charted by faith, not by what we see with our eyes.” (The Voice Bible)

So keep walking, my friend…not seeing, but simply trusting.

P.S. I was so happy to read about Chadwick Boseman’s faith as a baptized Christ-follower. He often spoke of God and quoted scripture including in his 2018 commencement address at his alma mater Howard University. I also recommend Boseman’s 5-minute inspirational speech explaining how “without Denzel Washington there is no Black Panther”  https://www.facebook.com/goalcast/videos/how-did-denzel-washington-save-chadwick-boseman/2698843526994047/