Living with Loss: My Oncologist Has Cancer (Part 2)

Irony: My Oncologist Has Cancer (Part 1)

I remember thinking how ironic it was when I was diagnosed with cancer just six weeks after interviewing the local oncologist, Dr. Marc Hirsh, for my newspaper story about the hospital’s new cancer support group.

And now in an even greater irony, that cancer specialist–my oncologist–has been diagnosed with the very disease that he spent most of his adult life treating and trying to cure. 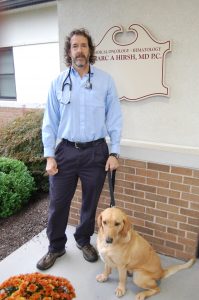 When Marc’s wife Elizabeth called with his bad news, I was devastated. The four of us have been prayer partners for almost 30 years, spent the past 24  Labor Day weekends cruising the Chesapeake Bay in their boat, and agonized  in prayer for countless cancer patients and their families during the nearly 20 years I worked as his patient advocate.

I’ve interviewed Marc many times in those three decades and written about him in all of my published books, so I figured it was time for another interview–this one to find out how it feels for an oncologist to be diagnosed with cancer.

“I feel like my cancer education has been completed,” Marc told me. “Right from the start (of this cancer journey) I was filled with a sense of irony. Every time an IV went in, or they drew blood, or I got a scan, it was surreal. I know it’s a cliche´ word, but it’s almost as if you’re out of your body watching and being dismayed and slightly amused at what you’re seeing.

“So, this is what it feels like to hear somebody say ‘there’s a tumor in your body.’ To hear ‘you have cancer.’  To hear ‘there’s a strong probability you’re going to die’,” he explained. “I knew about all that before, but I never knew what it felt like.

“It’s one thing to order a PET (scan), it’s another thing to get the injection and be left alone in a room for an hour waiting for it to happen,” he explained. “You just don’t have a clue what it’s actually like until it happens to you.”

The completion of Marc’s self-described cancer education began the night of May 22. He had Fridays off so he was home working out, playing music and feeling fine. The pain hit in the middle of the night and his wife of 40 years rushed him to the local ER. Tests there revealed a large tumor above his heart, but it was weeks before it had a name:  atypical carcinoid of the thymus gland. It’s a cancer so rare that there are only about 160 documented cases in the country.

There is no known cure and no known effective treatments.

Doctors at two medical centers suggested he take a strong, rather toxic combination of chemo drugs, but had no data to show it would work. So instead, Marc did what he’s always done when faced with a rare, difficult diagnosis for a patient: he researched.

Working alongside his Hershey Medical oncologist and Hanover, PA, radiation oncologist Dr. Michael Watson, Marc has come up with a plan he thinks could help:  a monthly hormone therapy injection, along with daily radiation therapy and oral chemo.

And despite the diagnosis and fairly bleak prognosis, Marc said he doesn’t feel afraid. 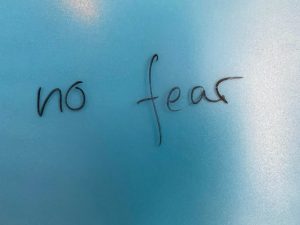 “Fear is the one thing I thought I would feel, but I didn’t,” he said. “Maybe anxiety or depression, but not fear.

“I never felt God had abandoned me,” he explained. “Forty years ago I asked Jesus into my heart and I’ve never felt since then that He wasn’t there–even in the tough times.”