Where’s God when I really need Him? 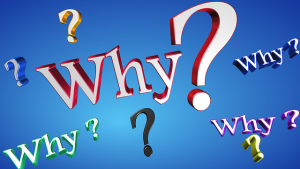 Why doesn’t God keep little children from getting cancer?

Why didn’t God protect that family from the drunk driver?

Why did my friend have to bury yet-another spouse?

We sometimes struggle with not sensing God’s nearness, not feeling His presence or not seeing His power in the way we had hoped. If you’ve ever agonizingly cried out “Where are you, God?” you know exactly what I mean.

I certainly would never attempt to explain all God’s actions (or perceived inactions), but I do believe there are spiritual truths which can help in those desperation times.

One of these truths is gleaned from Joshua 3* as the Israelites prepared to cross the Jordan River into the land God promised them:

“So the people left their camp to cross the Jordan, and the priests who were carrying the Ark of the Covenant went ahead of them.  It was the harvest season, and the Jordan was overflowing its banks. But as soon as the feet of the priests who were carrying the Ark touched the water at the river’s edge,  the water above that point began backing up a great distance away at a town called Adam, which is near Zarethan. And the water below that point flowed on to the Dead Sea until the riverbed was dry. Then all the people crossed over near the town of Jericho.” 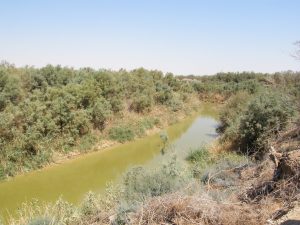 Can you picture the one- to two- million people biblical scholars estimate stood at the river’s edge? As they watched the river overflow its banks, I can only only imagine their desperate thoughts: OK, God, where are you? We’re all going to die here!

But God didn’t push back the water right in front of His people. Instead He was working upstream at a town called Adam (estimated by scholars to be almost 20 miles away). That’s where the water backed up and allowed all those millions to walk across downstream on dry land.

I love how my pastor Brian Jones discusses this “upstream” phenomena in his book Second Guessing God:  Hanging on When You Can’t See His Plan:

“Where’s God? Whenever we face a problem in our lives—sickness, job loss, depression, tragedy, or discouragement—God is at work upstream in those situations, beyond our line of sight. The only thing the Israelites could see was the problem right in front of them. They could have concluded that since the raging river was there, God wasn’t actively involved in their situation, but they would have been wrong. He was there; they just couldn’t see him at work.”

*This insight about God working upstream is not original as I have read several authors/speakers who have shared it.

Be sure to open this blog in your browser to hear the music video below, “Way Maker” with Michael W. Smith.