Walking with Friends in the Dark

How could God let this happen? 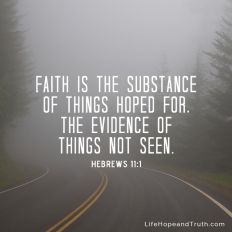 As I was reading in the book of Hosea about how God promised to “transform the Valley of Trouble into a gateway of hope,” I couldn’t help but think of my friend Lauren.

His cancer journey has been an incredible roller coaster with hopes dashed one minute and unexpected new hopes found the next.

I hope the valley of trouble that you or your loved one faces is a lot smoother ride than Lauren’s, but just in case you hit a bunch of bends in the road, I thought you’d like to hear his hope-filled story.

It all started in December of 2006 when Lauren, then 54, was diagnosed with a rare mantle cell non-Hodgkin’s lymphoma. He began a course of chemo at nearby Hershey Medical Center, but never really got a good remission and restarted more treatment in July of 2008 after more tumors developed. 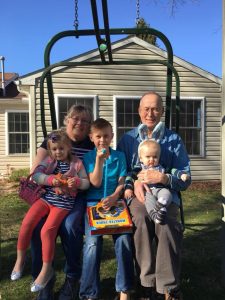 In November of that year, he walked his only daughter down the aisle (and unlike his wife, didn’t have to worry about how his hair looked that day!) A couple weeks later he headed back to Hershey for a stem cell transplant, because he still had a lot of active disease.

The transplant involved Lauren receiving an intravenous lethal dose of chemo and then being “rescued” from death with a transfusion of an anonymous donor’s healthy stem cells.

Lauren survived the transplant, but some of the cancer also survived and started growing. The doctors tried a couple of new chemos, which didn’t work and then some radiation, which also failed to stop the tumors growing on his arm.

“Many times I was about to throw in the towel, but my wife kept telling me ‘Don’t give up’!” Lauren recalls. “ When my faith was weak, the faith of others helped hold me up.”

Finally in October 2009, the Hershey doctor said there was one more hope: a donor lymphocyte infusion. (Don’t feel bad if you’ve never heard of it—Lauren hadn’t either.) Basically, it involved putting some of the donor’s white blood cells (lymphocytes) into him to see if they could recognize and destroy the cancer cells.

Lauren was the first to know the procedure was working.

“Within a week I could see the shrinkage in the tumors on my arm,” he recalls.

A second dose was given and the tumors disappeared. Nearly a decade later, Lauren and Joan have welcomed several  grandchildren into their family and he continues to get clean bills of health from Hershey.

A few years ago, Lauren and his wife traveled West and stopped in Death Valley.

“I kept thinking about the verse in Psalm 23:
‘Yea, though I walk through the valley of the shadow of death, I will fear no evil: for thou art with me’,” recalls Lauren. “I knew I had come through that valley and He was with me.”

As Lauren and I talked on the phone about this day’s writing, he told me he was looking at his favorite picture in his home. It’s a poster of a craggy mountaintop with this inscription underneath: “It’s not the greatness of my faith that moves mountains, but my faith in the greatness of God.”

Don’t worry, my friend, today if your faith is not that big. Just be sure to put it all in a very big God.