Don’t Underestimate the Power of God

How Not to Be Disappointed with God

But God Had Other Plans… 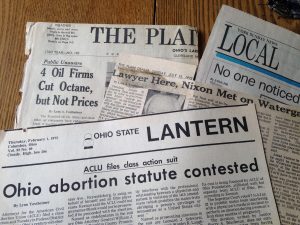 Once upon a time there was a newspaper reporter who simply loved reporting news. She didn’t want to make up stories or even write non-fiction books. She just wanted to stick to the facts and report the news–hopefully someday for the New York Times. But God had other plans.

When she was 36, the doctors told her that she had cancer and the odds she would die were greater than the chance she would survive. But God had other plans.

This newspaper reporter recovered from her surgery and chemotherapy and went back to reporting the news. She was happy doing that. But again, God had other plans.

Her oncologist hired her to offer emotional and spiritual support to his cancer patients and their caregivers. She wasn’t sure exactly how to do that, but she faithfully wrote down many of the conversations she had with these hurting people. She thought it was silly that she couldn’t stop being a reporter and taking these “unnecessary” notes. But God still had other plans. 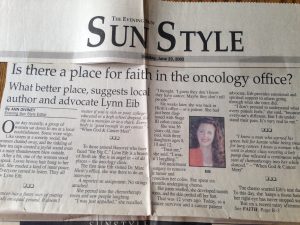 A few years later an author-friend told the reporter-turned-advocate that all these notes would make a great book. She protested that she could never write a book. But God had other plans.

So she penned her first manuscript, insisting that every single detail be accurate–just like her news stories. She reported on amazing ways she had seen God touch people’s lives–emotionally, spiritually and physically. And she told the truth that sometimes God takes the cancer out of us and sometimes He takes us out of the cancer.  She thought people wouldn’t like to hear this truth and wouldn’t read her book. But God once again had other plans.

One day the reporter-turned-advocate-turned-wannabe-author got a call from the acquisitions editor at Tyndale House Publishing saying  she liked the manuscript and hoped to publish it. The editorial and sales departments gave it thumbs up too. However the publishing department turned it down, saying “It’s a good book, but the author is unknown and it will be lucky to sell 5,000 copies over its lifetime.” But God had other plans. 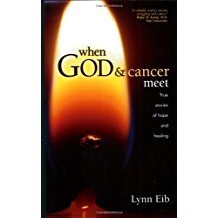 The editorial people played their ace-in-the-hole card on the wannabe-author, overrode the publication decision and in 2002 had 5,000 copies of When GOD & Cancer Meet printed. Everybody, including the publishing people and the reporter-turned-author knew it would take a long, long time to sell that many. But not surprisingly, God had other plans.

Within a few weeks, a second printing was ordered and this past week the reporter-turned-jubilant-author got word from Tyndale that the book’s 17th printing had been released, raising the total number of copies in print to just over 100,000.

Dear friends, I don’t know what God’s plans are for your life any more than I could foresee His plans for mine.  I shared my story with you today in hopes it would encourage you that God is in control and more powerful than any earthly predictions, statistics, or roadblocks. No matter what happens–or doesn’t happen–in your life, don’t despair.

Instead do as Psalm 33:3-5, 10-11  says:
“Sing a new song of praise to Him;
play skillfully on the harp, and sing with joy.
For the word of the Lord holds true,
and we can trust everything He does.
He loves whatever is just and good;
the unfailing love of the Lord fills the earth…
The Lord frustrates the plans of the nations
and thwarts all their schemes.
But the Lord’s plans stand firm forever;
His intentions can never be shaken.“

View this email in your browser to hear the song “Trust” by Hillsong or use this link https://www.youtube.com/watch?v=En4LGz5N8T8