The Most Important Thing about You

Don’t Underestimate the Power of God

In recognition of National Breast Cancer Awareness Month, I’d like to introduce you to my dear friend Polly, a cancer-free, five-time survivor–including three breast cancers, one of which was stage 4!

Polly’s personal cancer journey began more than 15 years ago, although her family’s trek with this dreaded disease stretches back decades. Her mother, several maternal aunts and her sister all had breast cancer and the nagging thought of it always was there in Polly’s mind, too. 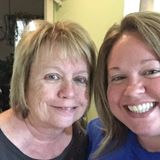 So when she got the same diagnosis at age 48, she was anxious and upset, but not really surprised. The shock came four years later in 2007 when the cancer spread to her lungs and bones and was considered incurable . (And yes, this story is going to have a “happy” ending–keep reading!)

“I thought I was a goner!” she recalls. “I kept thinking ‘I hope I have another birthday’.”

Polly had the lung tumors surgically removed and started more chemo. We talked and prayed often and Polly kept drawing closer to God as she sat on her front porch each day watching hummingbirds, reading the Bible and talking with her heavenly Father in prayer.

Four months later, the PET scan showed significant improvement and two months after that, all signs of the cancer were gone. She stayed on “maintenance” therapy for a while, but eventually that was stopped and she still is NED–No Evidence of Disease.

“”It’s a blessing beyond my wildest dreams,” she says. “It’s been a wonderful journey of whole new closeness with the Lord.  He just knows what I need right now—this minute, this hour.

“I have learned to seize each day,” she adds. “Every day I get up and say ‘you can have a good day or a bad day’ and I always choose good.”

I think Polly’s optimism and faith is especially amazing because she has survived four more primary cancers (two breast, one melanoma and one rectal), all caught early stage and cured with surgery.

“If this wasn’t my story, I might not believe it,” she admits. “But with God, (my oncologist) Dr. (Marc) Hirsh, and gumption, here I am!!! And I give all the glory to God, who has never left my side.”

I believe Polly has been experiencing what it’s like to walk with God as He goes before us and lights our way during the dark times. Don’t expect that He will light up your whole journey—He might reveal just the next few steps. And don’t imagine that His provision will arrive way ahead of time so you can stockpile it for later. 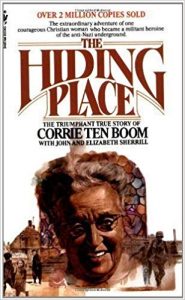 concentration camp survivor whose family helped hide hundreds of Jews from the Nazis during World War II. The conversation she relates took place when she was a little girl and her father tried to console her fears that she would be unprepared when she had to die someday:

Father sat down on the edge of the narrow bed. “Corrie,” he began gently, “when you and I go to Amsterdam—when do I give you your ticket?”

I sniffed a few times considering this.

“Why just before we get on the train.”

“Exactly. And our wise Father in heaven knows exactly when we are going to need things, too. Don’t run out ahead of Him, Corrie. When the time comes that some of us have to die, you will look in your heart and find just the strength you need—just in time.”[1]

What marvelous advice. God needs to go before us into each day. We don’t yet have what we need to face all of our tomorrows, because we are not yet there. But every day as we come to our heavenly Father in prayer, He promises to guide us and provide for us in that minute, that hour, that day.

I’d like to pray Deuteronomy 31:6 for you today: Do not be afraid and do not panic before them.  For the LORD your God will personally go ahead of you. He will neither fail you nor abandon you. Amen.