“Folks are usually about as happy as they make up their minds to be.”

“I refuse to be robbed of peace…”

Happy Trails to You!

Did I ever tell you about the time I sang in church with Roy Rogers? 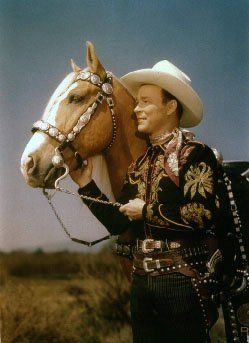 It was the fall of 1969 during my senior year of high school and my family was newly attending a small church in Apple Valley, California. One Sunday morning the four of us traipsed into the little sanctuary toward a partially filled row. For some reason my eighth-grade brother, Jim, tried to squirm past me to get to the row first. Like a typical, annoyed older sister, I pushed him back and told him to sit on the end by Dad like he always did.

After we were seated, I silently snickered as I checked out the man on my left: very uncool cowboy boots; dorky bolo tie; gaudy gold wristwatch with big red gems and a bear head. Looks like a real hick.

I finally glanced at the man’s face and then whispered to my little brother, “Doesn’t this guy look like Roy Rogers if Roy Rogers was really old?”

My brother’s bony elbow jabbed my ribs as he loudly whispered back, “You, stupid, that is Roy Rogers!”

I gulped, scooted my chair closer to Roy, and when he offered to share his hymnal on the first song, took hold of it and sang my heart out with the King of Cowboys![1]

I hope you know the “Happy Trails” melody which signed off TV episodes of the Roy Rogers Show.[2] It’s a soothing, feel good song, which seems rather inappropriate for the unhappy trail of serious illness and other trials of life:  “Happy trails to you, until we meet again. Happy trails to you, keep smilin’ until then. Who cares about the clouds when we’re together? Just sing a song and bring the sunny weather.”

But listen to the song’s second verse:

“Some trails are happy ones,
Others are blue.” 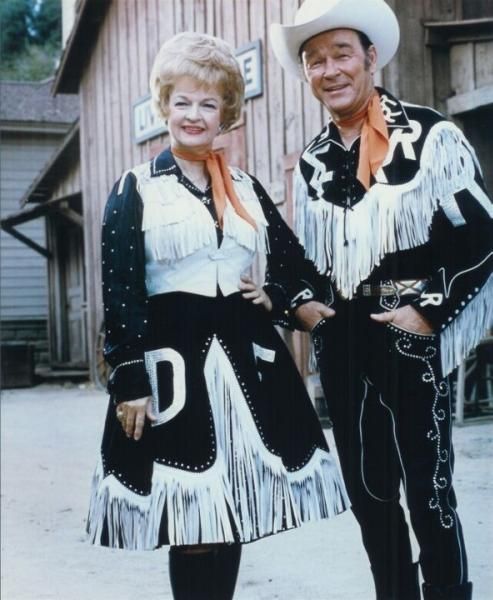 Roy and Dale, married for 50 years, had plenty of “blue” trails—three prior, short, failed marriages for Dale beginning at age 14; the death in childbirth of Roy’s first wife; toddler daughter Robin’s death from Down Syndrome complications; and the deaths of two of their four adopted/foster children—12-year-old daughter Debbie in a bus accident; and son Sandy, who choked to death while serving in the U.S. Army.

I can only imagine how many times Roy and Dale had to remind themselves of the rest of that verse:

“It’s the way you ride the trail that counts,
Here’s a happy one for you.”

So you’re on an extremely blue trail—how are you going to ride it?

Therefore, we do not lose heart. Though outwardly we are wasting away,
yet inwardly we are being renewed day by day.  For our light and momentary troubles are achieving for us
an eternal glory that far outweighs them all. So we fix our eyes not on what is seen, but on what is unseen, since what is seen is temporary, but what is unseen is eternal. 1 Corinthians 4:16-18

Faith is the confidence that what we hope for will actually happen;
it gives us assurance about things we cannot see. Hebrews 12:1 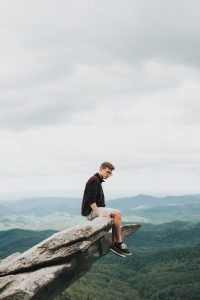 We ride our “blue trails” by faith and not by sight. And that’s how we find a new perspective as God sets us “high above.”

His house is my shelter and secret retreat.
It is there I find peace in the midst of storm and turmoil.
Safety sits with me in the hiding place of God.
He will set me on a rock, high above the fray. Psalm 27:5 The Voice Bible

Happy Trails to you, my friend, until we meet again.

[1] I laugh whenever I recall this incident because I’ve looked up Roy’s birthdate and know he turned 58 in November 1969—obviously “really old” to my 16-year-old eyes!

[2] You can listen to the original version online https://www.youtube.com/watch?v=hgw_yprN_-w or later versions by Van Halen and Randy Travis among others.

(If the music video below doesn’t automatically load, click on https://www.youtube.com/watch?v=M3TbAMExY_w)